A trug is fundamentally a foraging basket that, in modern times, is used to carry garden produce and tools. The term itself was first recorded being used sometime in the 1500’s and became ‘famous’ when good ol’ Queen Victoria bought some in 1851 for the family from a fellow in Sussex called Thomas Smith. Since then England and, particularly Sussex, have taken ownership of the term and that style of trug became known as the Sussex Trug.

The word seems to have originated from either the Old Norse word “trog” or “trough”; ultimately it doesn’t really matter, regardless of the origin of the name the concept of the foraging basket dates back to a time when humans hunted and foraged for food. It seems that there are different designs depending on what type of produce is being collected; flower trugs seem to be very shallow and quite long whereas some of the European styles are deeper and wider.

The Blue Swallow Designs trugs are named following some of the better known styles but we like to do things our own way. Some are more decorative than others; some are stronger and heavier and most have a combination of softer pine (which is also lighter) and hardwood in areas that are likely to cop a bit of damage. Like everything we do they are all individual; no two are the same.

Whether you want one for practical purposes or as just a cool looking ornament there should be something in our range that will take your fancy.

There is a gallery of images (below) with some of the trugs we have made. To view our current range head on over to our Etsy online store. 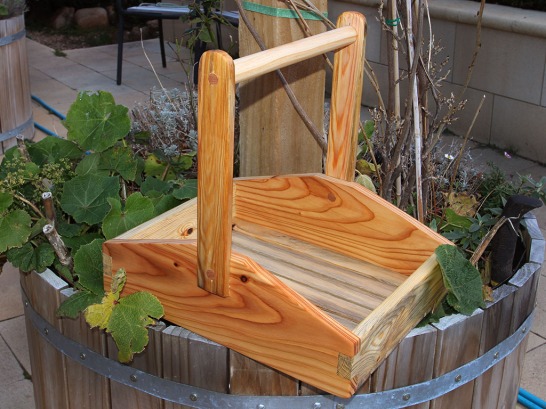 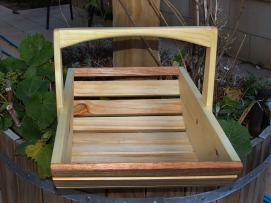